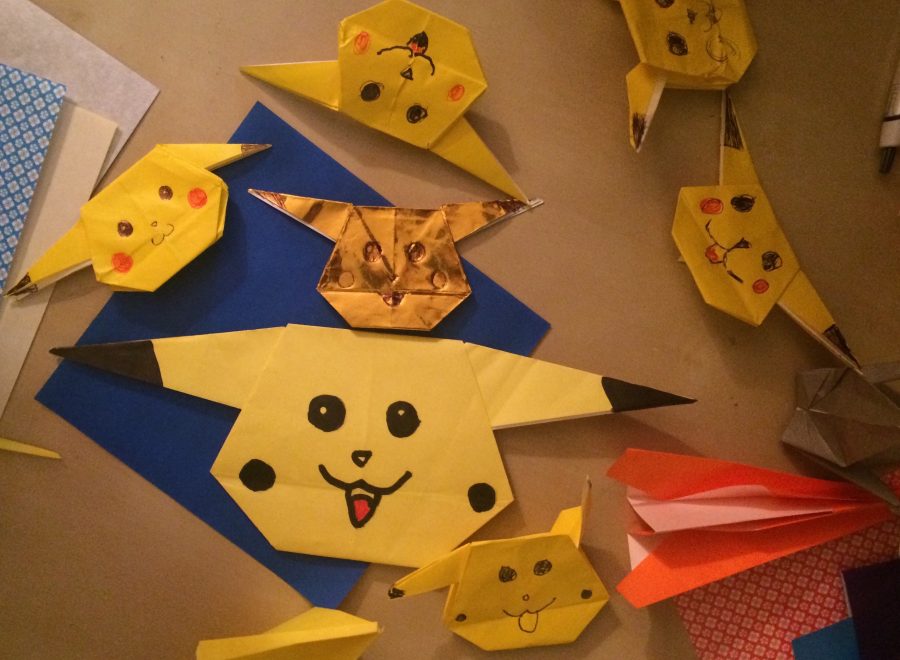 Over the past week, Moravian College had the pleasure of hosting three students from Osaka-Ohtani University in Osaka, Japan. Aoi Matsuoka, Daiki Yamashita, and Aki Murai visited campus to partake in an education program to further their understanding of teaching in the United States and to improve their own skills as teachers, with Matsuoka and Murai wanting to teach English and Yamashita physical education.

While here, they also interacted with Moravian students, some of whom will join the upcoming May term trip to Japan.When those students first arrive in Osaka, Matsuoka, Yamashita, and Murai will act as their guides to Osaka-Ohtani, as a thank you for their visit to Bethlehem.

Though their time here was short, the Japanese students were able to learn more about the culture of the United States and to experience some of what our country have to offer. During their free time, they went up and down Main Street and explored Bethlehem. They also toured New York City, including the Statue of Liberty, Times Square, and Central Park, with Moravian students from the Japan trip and with Dr. Daniel Jasper, chair of the Sociology and Anthropology Department. Matsuoka, Yamashita, and Murai said that their favorite thing about New York was the souvenir shopping and the candy.

During the late March Snowpocalypse, the Japanese students also got into the spirit of the season, building snowmen, sledding down the large hill on South Campus, and engaging in a snowball fight. (Fun fact: the Japanese make snowmen with two large snowballs rather than our stack of three.)

Besides spending time in the snow, Matsuoka, Yamashita, and Murai went bowling and ate Japanese food prepared at the Bethlehem restaurant, The Other Fish. The students explained that they wanted to have food from their country as they were tired of eating hamburgers and French fries every single day for dinner. They enjoyed their meals but said the American version of Japanese food was far from authentic!

Later, the three students attended the Japan Night hosted by the Diversity house. Everyone enjoyed food, J-rock music, and fun conversations. As the night progressed, the Japanese students taught their Moravian peers how to make origami cranes, Pikachus, and  Japanese camellias (although some had trouble making the proper folds).

At the end of the evening, Matsuoka, Yamashita, and Murai decided to teach one more piece of origami, a paper airplane. When the planes were folded, a contest was held to see whose plane flew the farthest in the small living room of the Diversity house. They awarded prizes to the winner and to participants. The prizes: elaborate origami sculptures and animals.

At the farewell dinner, the Japanese students said that they enjoyed their time in Bethlehem. They learned much from the program, experienced many different events, and even made a few friends with Moravian students.

Soon it will be Moravian’s turn to experience culture shock, when 11 students leave campus in May and arrive in Osaka, Japan. At least they’ll be greeted by three friendly faces when they do.