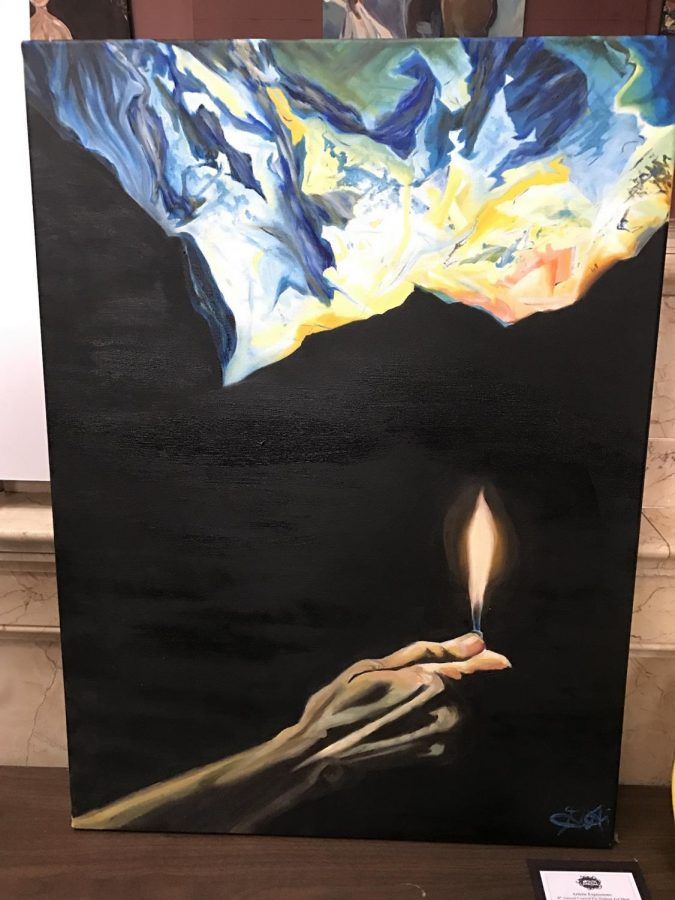 Environmental activist and writer Bill McKibben agrees, calling global climate change “the greatest crisis humans have yet faced.” Virtually all climate scientists agree that if humans do not lower their carbon emissions and take better care of the planet, we will have done irreversible damage that will negatively affect all life on earth now and forever.

Humanity’s exponentially devastating impact on earth is like the coming of the apocalypse: the horsemen are climate scientists, telling everyone what is to come. Most people hear them and fall into disbelief or into despair. A few are making real changes to mitigate human damage on earth.

As an individual, I land on the spectrum of “despairing” a lot of the time when I think about the state of the planet.

In a creative writing class I wrote a prose poem about the earth post-humanity, and it is rather dark. Scorched earth, no trace of human life, drastically different weather patterns, and abysmal air quality are some components of my imagined future earth. When I hear politicians talk about how climate change is just a hoax, I get angry and upset (think Arthur fist meme). And although I know that each country needs to reduce emissions by so much percent per year for the foreseeable future in order to maintain (not reverse or lessen) the levels of greenhouse gases, I don’t think that it will happen and there is little I can do to make it happen. I am not a politician; I am not a scientist. However, my negativity and inaction are not solving any problems.

In my time on earth, there are things that I can do to lessen my carbon footprint and help the environment. After a lot of thought, I have come up with a three-point plan.

The first part of my plan is to involve environmental themes and issues in my work as an English major and art minor.

To an extent, I have already begun doing this, with pieces about the earth post-humanity, about polar ice caps melting, and about the biophilia effect. I hope to continue involving natural themes and to push my limits as a creative person to raise awareness for the environment. That way, anyone in the Moravian community who reads my work will be able to divine my intent and maybe will be inspired to make changes in their lives.

Art is not going to reduce carbon emissions or remove plastic from the oceans, but it can serve as activism to galvanize these kinds of changes.

The second thing I want to do to help the planet is to be politically active.

A few years ago I didn’t realize the importance of voting or writing to representatives. Then Trump got elected when I was seventeen and still couldn’t vote. From then on, I vowed to use my power as a voter and citizen to get people who care about sustainability and environmental ethics into office, and to make sure they keep their promises.

Now more than ever I realize the importance of political involvement, and have begun writing to representatives about preserving wildlife refuges instead of turning them into oil and gas drilling sites. I plan to increase how often I do this and to also write about other environmental issues from a political standpoint. Social media, especially Twitter, is a good platform for promoting ideas of environmental appreciation and preservation.

Lastly, I want to implement green practices into my life as I move forward.

I will carpool when possible, buy less processed/plastic-packaged foods, and turn off the lights when I’m not using them. I’ll aim to take faster showers and make use of old things rather than throw them away. I have already tried to reduce my beef intake and get my protein from nuts, beans and legumes.

I also want to plant a garden when I have property, growing zucchini and tomato plants like my mom used to do. And maybe a peach tree. I love peaches.

So this is my plan to ease my environmental guilt and to help the planet. Although my climate change manifesto may look different than a scientist’s or a politician’s, that is okay. I believe that being conscious of the environment and making an effort in the ways that I, as an individual, can make is nothing to scoff at.