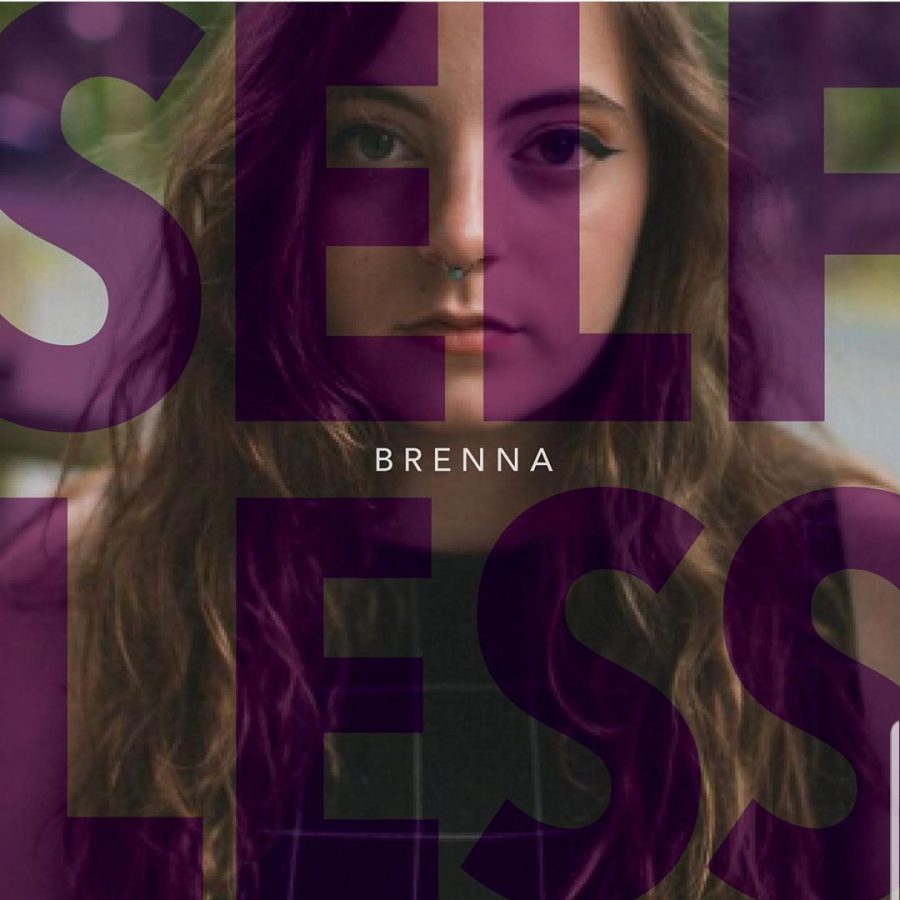 The album cover for "Selfless" by Brenna.

If you know me, you know I absolutely love everything about Christmas: the traditions, the sense of community, and the pride that the city of Bethlehem radiates all year round. A few nights ago, my best friend and I went on a late-night Wawa run, and as we parked, we noticed the couple sitting in the car next to us.

If you’re from the area, you probably know of the couple who dresses up as Santa and Mrs. Claus. An older man and woman in the city dress up like the Christmas couple all year round. The jolly old elf himself sports a long white beard, with a red or green shirt, complete with suspenders. His partner tends to match his choice of color and adds a bit of sparkle to her outfit. Ever since I first spotted the Clauses that night, I have been holding back the urge to blast Christmas music from my laptop in the middle of my Hillside so all of my roommates can hear, but now I think the time has come to finally listen to the music.

To slowly prepare myself for the upcoming holiday season, I put on “Little Saint Nick,” a pop classic from the 1960s by The Beach Boys. The song became number 3 on the Billboard magazine’s special seasonal weekly Christmas Singles chart of 1963. For a full two minutes, the catchy song can bring a smile to any Christmas loving person’s face, even the Grinchiest of Grinches, unless of course, it is listened to on repeat for longer than 10 minutes.

The verses of the song tell the story of Saint Nick’s life throughout the year as he prepares himself and his sleigh for his big night. The chorus can become repetitive and slightly annoying depending on how many times you play the song, but the actual music playing in the background makes you want to go out and buy a bright red sled to go racing down a snow pile. I grew up loving The Beach Boys and their wonderful voices. The song is one of my top 20 favorite Christmas songs because of how light-hearted the lyrics are and how cheerful the song leaves you feeling.

Going by her first name, Brenna is a singer-songwriter who recently released an EP called “Selfless.” She is a local artist whom I had the pleasure of meeting and working with this past summer. When improvising, her lyrics are random and goofy, but her published music is the opposite. Deep with meaning, each of her songs shares a beautiful and personal story.

Her voice is strong and dripping with passion. It is a deep and heavy voice, but has a wide range all the same. Furthermore, it is sharp and crisp so that every word is clear to understand. There is at least one “wow” moment in each song, where I am genuinely in awe of her voice.

Along with vocals, Brenna plays guitar and piano. For this EP, she had other musicians whom she worked with, but she plans to develop her musical capabilities so she can do both vocals and instrumentals in future projects. For now though, she says she will leave that to the professionals.

Her title song, “Selfless,” was written after hearing the news of the death of Chris Cornell, one of her idols. “I had a conversation with my family and friends,” Brenna said, “about the importance of having people in your life you can turn to in dark times. Then after hearing these stories, I wrote ‘Selfless,’ hoping to get a message across that it’s okay to reach out and ask for help.”

There are five songs on the EP: “Soldier’s Home,” “Boston,” “Boy at the Red Light,” “Polite,” and “Selfless.” I am unable to pick a favorite, as they each have different sounds and stories, all of which are beautiful. Each varies in sound and emotion, giving each a running as a favorite.