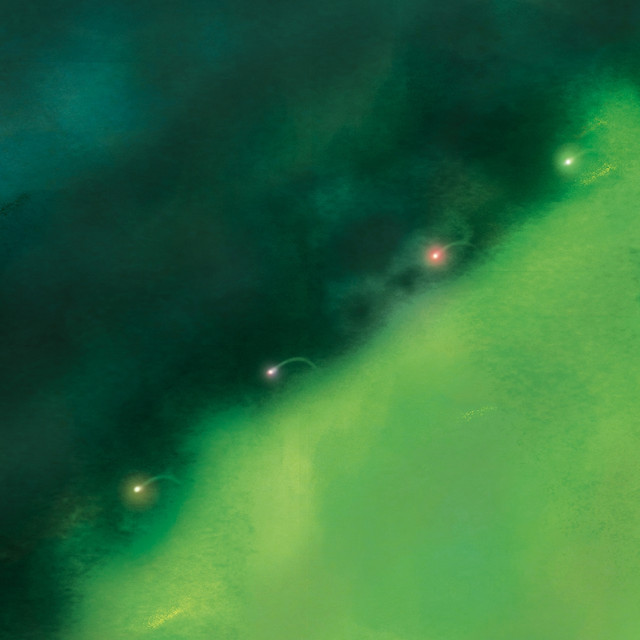 The stereotypes for American women typically fall in line with the stereotypes of Hollywood, California. They’re looked at as superficial but beautiful. Syd Matters, a French indie pop band, focuses on these luscious women with their song “To All of You.”

Released in 2006 on their album “Someday We Will Oversee Obstacles,” the upbeat indie folk song is an easy-breezy listen. Mainly focusing on a melodic and consistent acoustic guitar and very few other instruments, the song evokes the feeling of a warm summer day. But don’t let the simple melody and vocals fool you: there is a deeper meaning rooted in the song.

The lead singer, Jonathan Morali, serenades all “American girls.” He sees them as amazing people who “drive cars by the seaside” and who live extravagant lives. It’s not hard to imagine Hollywood movies with characters riding along in convertibles on winding roads next to the beach and palm trees with their hair blowing in the summer breeze. Morali sings to this idea, mentioning that “it’s sad to imagine a world without [them].” While this first verse seems pretty innocent and possibly even sweet, it is the first part of where the singer begins to idealize and stereotype American women.

It only gets worse as he sings because he starts to sexualize them. He sings about their sexy coyness and says they look like “dollies with shiny smiles and plastic bodies.” He then states that he wishes he had an American girlfriend. Now the innocence of the first verse is melting into pure objectification, with Morali looking at the women as these perfect creatures who can make someone else’s life better.

The music fades momentarily as the singer then breaks this perfect image of the American girl, singing that one girl “cries sometimes talking about her own place somewhere around the mountains,” but he cannot understand because he believes her life is so perfect and happy. He simply cannot understand her pain of complex feelings of her home, and therefore he cannot comfort her. Unfortunately, no one can as he goes on to sing, “No one could dry her fountain until she got too tired to complain.” With no one talking to her as a complex individual but as a stereotype, she simply stops crying because it’s too tiring.

While Syd Matters’s song intentionally shows the harm that stereotyping and objectifying women can do, the main character in the song hasn’t seemed to learn his lesson by the end of the song. It’s an interesting take on the way that songs look at women, but this is done in a very understated way. If you’re looking for something more upbeat that is a feel-good song to listen to, you can ignore the lyrics and just enjoy the music. But if you start to think about the lyrics while you listen to them, it may make you start to question the views and mindsets of other songs as well.