Take-And-Kill Fish: Why MAC’s new event shouldn’t be so popular 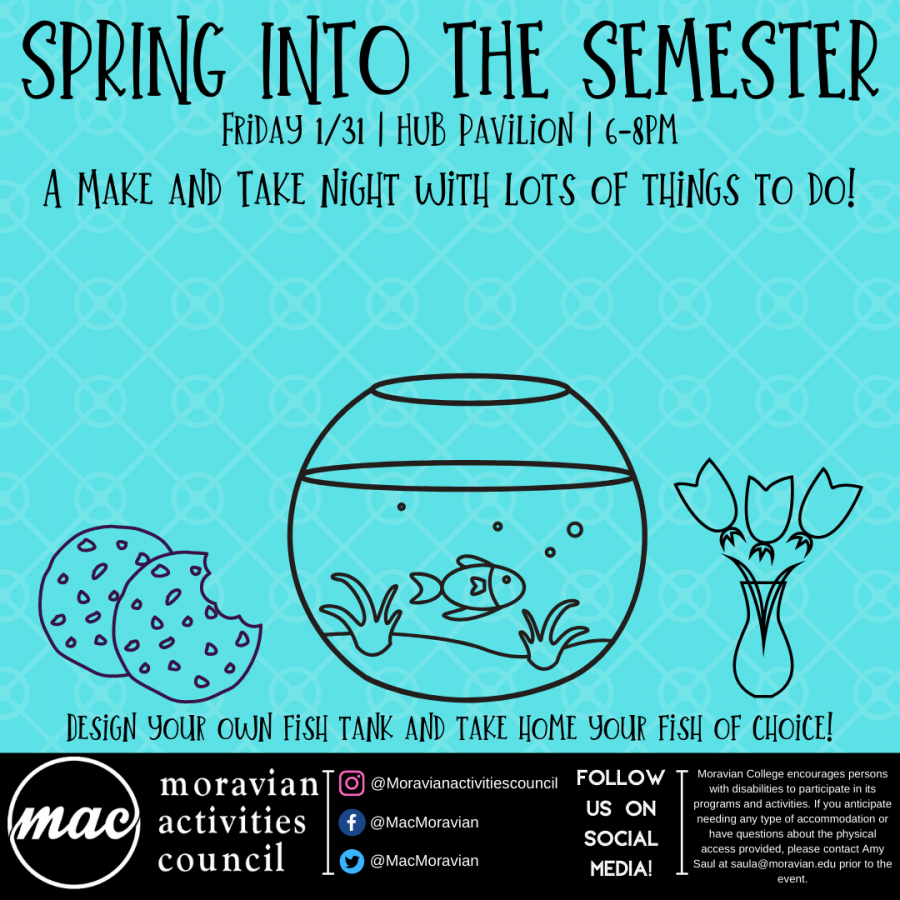 This Friday, Moravian Activities Council (MAC) is hosting an event where students design a fish tank, and they get to “scoop [their] own fish to take with [them].”

College students are notoriously pretty stupid, and they do not necessarily take good care of creatures. I’ve heard stories of people getting hamsters drunk with beer and people allegedly using fish as part of a hazing ritual (which is a different problem entirely). But this widespread condemnation of fish is officially sanctioned by the school and endorsed by its students.

Sure, it might not seem to be that big of a deal for MAC to run this event, but are they planning on providing students with not only the fish and the tank, but food? Water treatment? A filter? Instructions on how to be a good fish parent?

If they’re not, they are condemning these fish to a pointless and painfully slow death.

Maybe MAC is planning on taking care of all these problems. Maybe MAC is going to run a seminar along with the make-and-take event to train the soon-to-be fish owners, but that still leaves a lot up to chance. Unless students are prepared to take proper care of their fish — and use their own money to do it — they should not get them, especially not on the whim of someone who decides to come to the event. MAC should be prepared to take appropriate care of any fish that do not get picked.

Or better yet, they should not run the event at all. Stuff some fake fish or something else, but leave the living creatures out of it.