Trump on Trial: Your Guide to His Impeachment 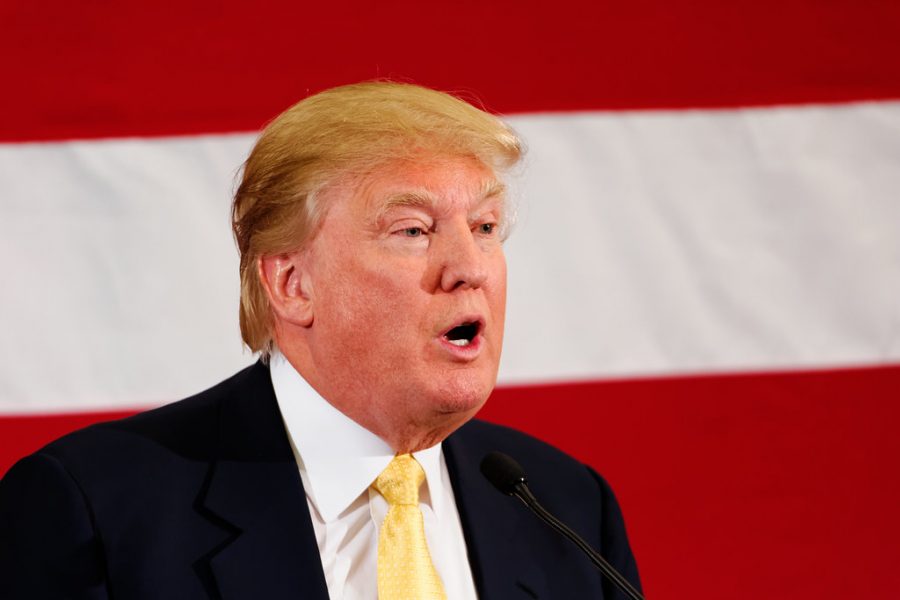 You’re living in a historic time, folks. President Donald Trump has recently been impeached and gone through an impeachment trial. However, unless you’re a news junkie it’s unlikely that you kept up with the story as it unfolded.

That’s what we’re here for — creating your overview of Trump’s impeachment.

Disclaimer: I am not looking to pass judgement on the ethics or results of the impeachment. I am solely presenting information to help readers make sense of this historic event.

First off: What is impeachment, really? Written into the Constitution by the Founding Fathers, impeachment is one of the many checks and balances placed on the president that gives Congress the power to remove a president who is making bad, criminal, or irresponsible choices while in office. According to article 2 section 4 of the Constitution, “The President, Vice President and all civil Officers of the United States, shall be removed from Office on Impeachment for, and Conviction of, Treason, Bribery, or other high Crimes and Misdemeanors.”

The process of impeachment is what confuses most people. Impeachment is defined within the context of the Constitution as bringing charges against the current president (or other officials, but we typically only use this power against the president). Impeachment is NOT the removal of an official from their position; it may only lead to it.

How Does an Official Get Impeached?

To impeach a president, many rules and steps outlined in the Constitution must be followed. It is important to note that impeachable crimes are of a political nature, and therefore are tried in a political setting rather than a standard court with a federal lawyer and public jurors.

To initiate an impeachment, a special house committee investigates the claims. Then they present their findings to the House of Representatives, whose members vote on the articles of impeachment, which is the formal complaint against the elected official. A simple majority vote (anything more than half wins) is needed to impeach the president. Then, a trial takes place in the Senate with all senators acting as jury members and the Chief Justice presiding over the trial as a judge. A super-majority vote (anything more than ⅔) is needed to convict an official and remove him or her from office.

Another important rule to keep in mind is stated in article 1 section 3 of the Constitution: “Judgment in Cases of impeachment shall not extend further than to removal from Office, and disqualification to hold and enjoy any Office of honor, Trust or Profit under the United States: but the Party convicted shall nevertheless be liable and subject to Indictment, Trial, Judgment and Punishment, according to Law.” In layman’s terms, anyone who is impeached for a crime while in office is not allowed to be tried during impeachment for anything other than being removed from office. Legislators do not imprison officials who have been impeached and convicted. After an impeached president leaves office, however, he or she can be tried as a regular citizen for any crimes and be fined and/or imprisoned.

It is not every day that a president is impeached. In fact, only two presidents have been impeached before Donald Trump, making him the third in history. In 1868, Andrew Johnson became the first president to be impeached. The House of Representatives impeached him for  high crimes and misdemeanors for violating the Tenure of Office Act, but the Senate found him not guilty and so did not remove him. In 1998, Bill Clinton became the second president to be impeached for lying under oath about his affair with the White House intern Monica Lewinsky but was not found guilty and was also not removed from office.

To date, no president has ever been impeached and removed from office.

Some people mistakenly believe that Richard Nixon was impeached and removed from office after the Watergate scandal. This is not true. Nixon definitely committed an impeachable offense that most likely would have found him guilty and removed from office; however, Nixon resigned before Congress formally impeached him. To date, he is the only president to voluntarily end his term early (basically meaning he was the only one to leave office before his term ended without being assassinated or dying).

What Happened During the Impeachment Trial?

The impeachment of Donald Trump is quite complicated. One of the biggest points to understand about the trial is party loyalty and polarization, which remained a focus of the media from the very beginning.

The actions that caused Trump to be impeached occurred in August 2019, when a whistleblower from within the executive branch of the government reported on a transcript of a phone conversation between Trump and newly-elected Ukrainian president, Volodymyr Zelensky. During the phone call, Trump suggested that Zelensky dig up dirt on his potential political opponent in the upcoming presidential election, former Vice-President Joe Biden, and his son, and that if Zelensky did not, Trump would withhold the military aid the United States has been providing to Ukraine for a number of years. A quid pro quo is not expressly uttered in the transcript, which led to contention during the trial.

The debate then moved to the House of Representatives for the second step, when the country watched for weeks while the Democratic and Republican positions were examined, preliminary votes were counted, and plans were made to continue. The House had a majority of Democratic representatives, which made impeachment likely, as representatives would vote along party lines — Democrats voting for, Republicans against.

The official vote came on Dec. 18, with one vote accusing Trump of abuse of power and one for obstruction of Congress (for trying to change the status of his very public transcript to  highly classified after Trump was accused by the whistleblower). Both votes were cast along near-party-lines, with not a single Republican voting to impeach him and three Democrats voting against impeachment (this leads into a whole rant about polarization in Congress and politics in general, but that gets to be quite complicated).

The official impeachment trial began on Jan. 16, 2020. There were three days of opening arguments on both the defense and prosecution sides. One major controversy that plagues the trial was the lack of witnesses and evidence. Being that the Senate is Republican-leaning, the senators did not want to vote on anything that would hurt Trump’s case and voted not to include the witnesses and paper and electronic evidence on the prosecution side. With the trial then being basically over, a majority of senators voted not to remove Trump from office. Trump was officially acquitted on Feb. 5.

Really, not much has changed now that the impeachment trial has run its course. Trump’s impeachment will be like a permanent mark on his record, never leaving his political history. However, the question some people ask is how it will affect his popularity in the 2020 presidential election. There are tons of theories on how voters will respond, and they will likely continue to change as the primary season moves into the summer.