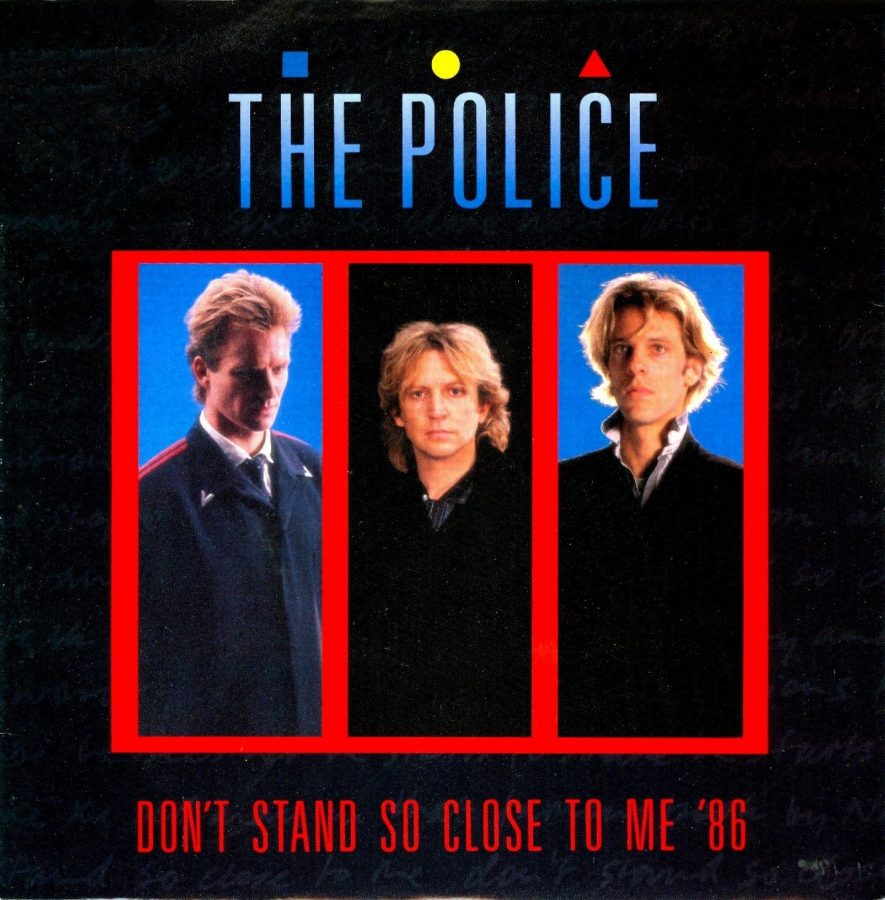 Lately, one of my favorite activities is listening to coronavirus playlists on Spotify. Some of them range from being downright depressing to upbeat to kind of amusing.

However, on Tuesday I decided to hop on the bandwagon and make my own coronavirus playlist in order to preserve my sanity during this time of uncertainty. One of the songs from my playlist  I selected to feature this week is “Don’t Stand So Close to Me” by The Police.

“Don’t Stand So Close to Me” was released in September 1980 as the lead single from The Police’s album “Zenyatta Mondatta.” It topped the charts in the UK, Canada, the US, and Australia, and was the best selling single in 1980. The Police also won the Grammy in 1981 for “Best Rock Performance by a Duo or Group with Vocal” for this particular song. The song is considered to be one of The Police’s most recognizable songs.

In this new era of social distancing, this title sounds like the perfect anthem on how to prevent the spread of the virus; however, this song is actually about a female student and her teacher and the many feelings of temptation, fear, and guilt between the two of them. As the song goes on, the lyrics illustrate the ultimate confrontation between the two of them about their feelings and the discovery of the affair by the other students.

The music and lyrics of the song were written by lead vocalist and bassist Sting. Like most Police songs, “Don’t Stand So Close to Me” features a reggae feel, which emphasizes the lyrics of the song. However, the verses are more subdued and the chorus is louder and more aggressive, which helps to emphasize the guilt of the affair between the student and the teacher.

Don’t stand so close to me”

These lyrics make it clear that they know they should not be seen together, yet the other verses emphasize that the student and the teacher are longing to be together. Finally, the last verse suggests that other students are starting to take note, which cues the chorus again, this time the teacher pleading for the student not to be near.

Whenever you find yourself near someone this quarantine when out at the grocery store or picking up takeout from a restaurant, just remember to “don’t stand too close to them.”