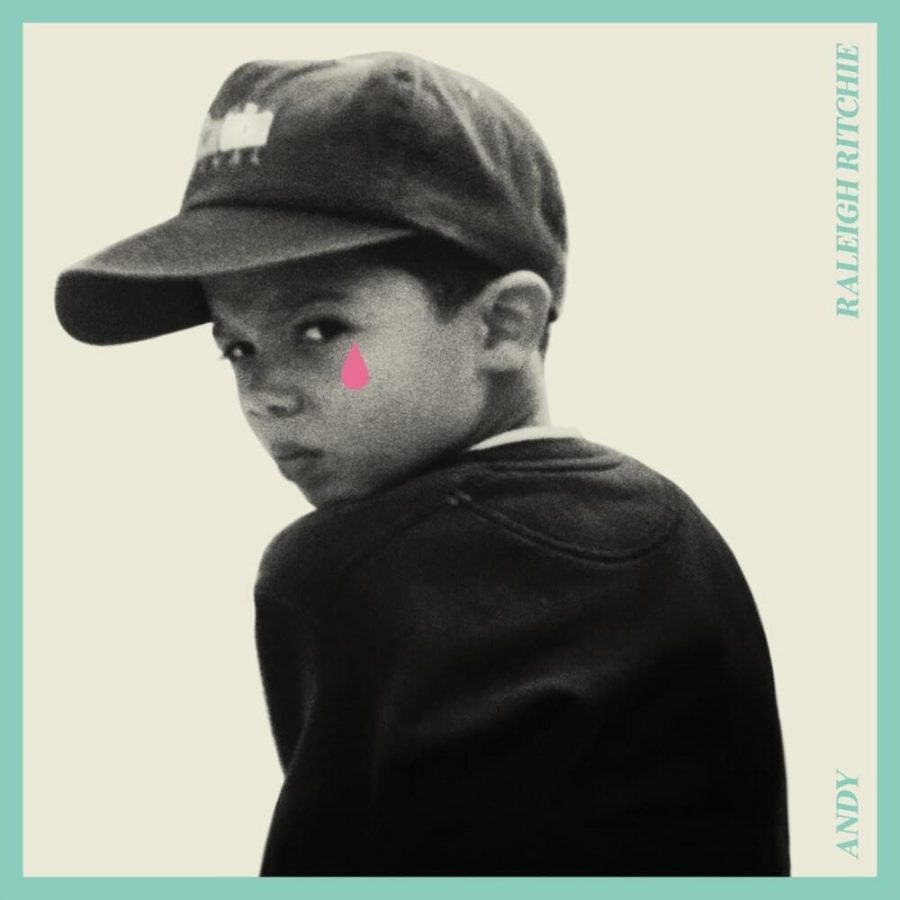 2020’s relentless barrage of bad news has taken a toll on pretty much everyone and everything. People all across the world are being affected both physically and mentally by the global pandemic. As a result, many are turning to music for some form of comfort as we isolate ourselves in our homes.

One artist who I have often found comfort in during times of stress and uncertainty is Jacob Anderson, who makes music under the alias Raleigh Ritchie. His music is often introspective, personal, and aware of the fragility of humans, which can feel affirming to those who do not like to speak out about personal issues.

Born in Bristol, England, Anderson is a sort of jack-of-all-trades. In addition to singing/rapping and writing all of his own music, he also has experience producing music, acting, directing, and lending his voice for narration. You’ve perhaps recognized him as Grey Worm in the television series “Game Of Thrones.”

“Andy” is the title of Anderson’s second studio album, which was named after his grandfather’s nickname. The nickname has since been passed down to Anderson and holds significant meaning to him. “Andy” is the follow up to 2016’s “You’re a Man Now, Boy” and, while it shares similar themes, you can sense a clear growth in Raleigh Ritchie’s songwriting abilities and production style since then. The most striking features of “Andy” come in the form of Anderson’s lyricism and the often gorgeous instrumentation with the help of a string section. This adds another layer to Anderson’s R&B, hip-hop, and pop sound he crafted on his first record.

Here are my thoughts on the album, track by track:

This track serves as a great album opener because it lets you know right away the kinds of internal struggles Anderson will face throughout the record. His flow on this track is impeccable with syncopated rapping and smooth transitions into singing. Anderson’s rhymes and lyricism on the first verse alone are impressive on their own. It is quite fascinating following his painfully honest stream of consciousness as the track progresses. He grapples with the pressure society puts on us to be “better,” commenting on how talent and efficiency are sometimes held in higher priority than one’s own health:

Nobody asks me if I’m okay

And even if they did I would lie and just say

The hater inside is the Vader of shade

So I should seek real help so I can help myself

And work on that part before someone else

I should be a vegan, stop eating living things

Overall, this track serves as a great thematic starting point for the album with a compelling performance from Jacob right from his very first words. The use of strings in this track really pulls everything together and they sound like something that could fit in a horror movie with the ferocity of which they are played. It is all very cinematic and even dizzying at some points but in a totally captivating way.

Time in a Tree

If I were to explain to you exactly how much I love this song, you would be reading this article for days. It is easily my favorite Raleigh Ritchie song and one of my favorite songs of all time.

The track begins with vocals that are reminiscent of a recording from the 40’s. It creates a beautifully vintage vocal on top of modern instrumentation.

Similar to the opener “Pressure,” “Time in a Tree” is about wanting to escape societal hardships. Anderson sings about not wanting to grow up, longing for a happy place, and self-reflection. It is a heart-wrenching and painfully relatable track. The song has a hint of hopefulness as the following is sung during the chorus:

I just want time in a tree

I need a place just for me

Somewhere that I can be free

Keep the faith and just be

The track is instrumentally gorgeous. When the drums come in, the track has an instant punch that draws you in. The song’s plucky strings add lots of character. It is a slow burner with a chorus that feels like a warm hug. It even has a rap breakdown about halfway through that will throw you for a loop and shock you with Anderson’s emotional performance. I truly and honestly would not change a single thing about this track. Great vocals, great mixing, great instrumental, memorable lyrics, and relatable. If you do not get a chance to listen to this album in full, at least listen to this song.

“Aristocrats” is the most politically charged track on “Andy” with one of the catchiest hooks. I would suggest listening to this song while watching the music video, as they complement each other so well. (Anderson also directed the fantastic music video, which you can view here).

The song is about feeling alienated with your country, home, and/or family. Both the song and video are particularly directed towards England and their overwhelmingly “white” past. Anderson feels that he does not particularly “fit in” with his country because of his skin color, which is also something that I think a lot of black Americans can, unfortunately, relate to.

I would say that this is the most accessible song on “Andy,” which is not a bad thing by any means. The beat is reminiscent of the typical trap instrumentals we see in popular music’s current landscape. The chorus is large, extremely catchy, and easily one of the most fun moments on the record, even if you have seen a lot of the song’s tricks by the second verse.

“Andy” is an emotional and satisfying listen. Despite some lackluster moments, when this album hits, it hits hard. The fantastic use of a string section and its occasionally vintage aesthetic make it unique. Anderson’s writing is funny, raw, and as relatable as ever. Raleigh Ritchie has crafted an album that feels like a warm hug to anyone facing some of life’s greatest internal struggles.

0 – 4 = Negative feeling toward the record