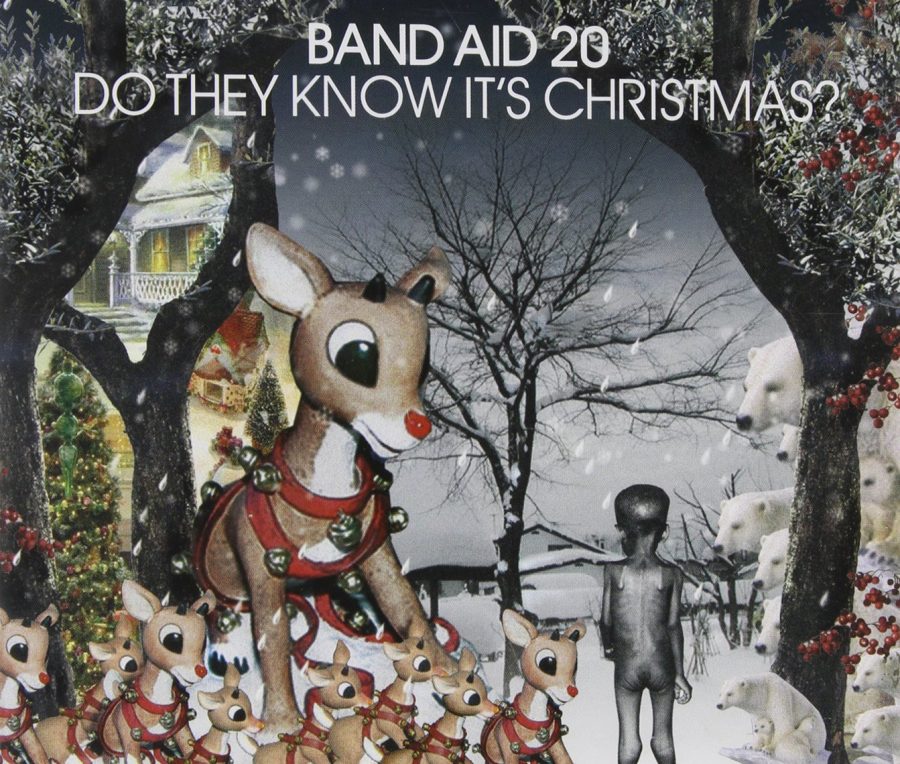 The album cover for "Do They Know It's Christmas?"

In the midst of the famine in Ethiopia, Bob Geldof and Midge Ure decided to write a song that quickly touched the hearts of people all around the world. Band Aid, a charity supergroup of musicians founded by Ure and Geldof, came together and created the single in less than three days. The famine in Ethiopia had been going on for a year by the time the song was written, and the writers wanted to pay tribute to those who were suffering while also bringing awareness to the cause.

Notable artists who participated in the recording are Boy George, Bono, Phil Collins, and Sting. The song was then released on December 3, just in time for the holiday season. “Do They Know It’s Christmas?” gained much publicity due to the popular artists who participated and supported Band Aid’s impact areas. It sold over 4 million copies within the first few weeks and was deemed the number one Christmas song of the year.

This song has always been one of my favorite Christmas songs, not only because of the catchy tune or the plethora of artists who chose to participate but because the humbling lyrics make you think about something other than yourself at this time of year. I always think about the strong verses sung by Bono and Sting:

Where the only water flowing

Is the bitter sting of tears

And the Christmas bells that ring there

Are the clanging chimes of doom

And there won’t be snow in Africa this Christmas time

The greatest gift they’ll get this year is life.

With the holidays right around the corner, please be grateful for everything you have and remember to think of those who don’t have much. Try to give back this holiday season, whether it is just a can of soup or giving up a Saturday during the break to volunteer. The smallest gestures can impact the lives of many, and that’s what the holiday season is all about. So with that, have a wonderful holiday season and remember to feed the world.