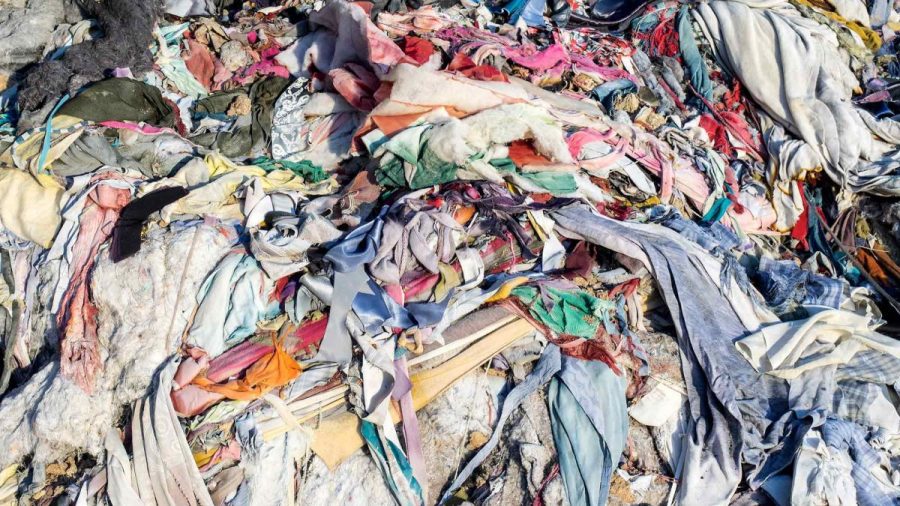 I bet you had no idea that buying cheap clothes from stores like Zara, Forever 21, and Fashion Nova is actually affecting our environment and well-being.

As crazy as it seems, the process of making fast fashion clothing all comes back to harming our environment and even you. I personally took part in buying from these companies and had no idea that my actions were harming our planet and even myself. Once I found out I was contributing in destroying our planet and population, I changed my ways. If more people are aware of how bad buying fast fashion clothing is, more people would stop buying from them and shop from companies who practice slow fashion. The problem is that people are uneducated– and that needs to change if we want to make a difference.

The strategy fast fashion companies use is to make clothes cheap and less-durable, thereby compelling us to go out again and buy more from them. Due to the fact that clothing is inexpensive and not great quality, people throw away the clothes without thinking about it. As said in the film, “The True Cost,”  the average American throws away 82 pounds of textile waste each year. This, in turn, adds up to 11 million tons of clothing sitting in landfills all around America.

The trashed clothing ends up in landfills, and the toxic chemicals from the dyes of the clothing are released into the atmosphere, polluting the air. This is not only affecting our atmosphere, but people around those landfills are breathing in toxic air. We are basically killing ourselves and we have no idea that we are doing it.

Not only do these toxic chemicals harm the air, but nearby waterways as well. The waste water from the dyes are dumped into nearby waterways, which harms aquatic life and surrounding communities. Communities near these waterways have no choice but to use the toxic water, and they probably have no idea that the water they are drinking is infested with toxic chemicals.

Fast fashion companies greenwash their consumers, which means they pretend to be eco-conscious when they really aren’t. This makes it hard for consumers to have trust in the companies that they are buying from. How are we supposed to know if companies are lying to us or not? The main goal of fast fashion companies is to make as much money as they can without caring about who or what is being negatively affected.

Fast fashion companies only care about the money and will do anything to get their way, even if thousands of people die because of it. Do you want to still buy from these companies after hearing that?

I understand that the clothing made from these companies are all some people can afford, but it is only hurting you and the environment in the long run. If you buy more expensive clothing from companies that practice slow fashion, it will last you for years, instead of only ten wears from fast fashion clothing. Investing in a little more expensive clothing will actually benefit you and our environment at the same time.

We all deserve to know what our actions are causing because if we keep acting without knowing the consequences, a change will never be made. The main problem is that people are unaware of the harmful effects of their actions; therefore they keep doing it. I was one of those people. I bought from fast fashion companies and had no idea what the consequences were. People need to be more educated and we need to open up and talk about these issues if we ever want to make a change in our world.