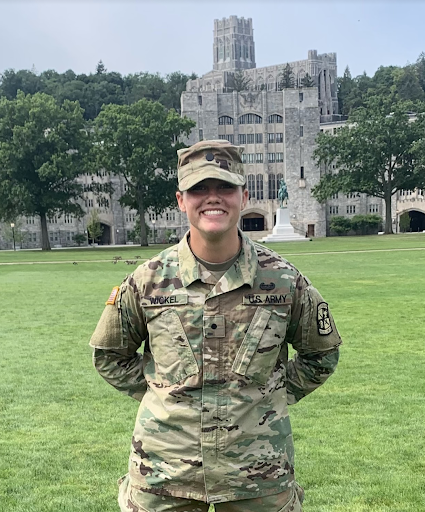 For nearly two weeks during the summer of 2021, I attended Air Assault School at the United States Military Academy.

Air Assault School is described as the Army’s ten hardest days of training next to the other specialty schools, like Ranger school. During the training, cadets and soldiers alike are physically and mentally challenged.

It started with Day Zero, which consists of a 2-mile run, which needs to be completed in less than 18 minutes. Following this was a grueling “smoke session” led by the Black Hat instructors, and then finally the obstacle course.

These “smoke sessions” included everything from eight-count push-ups to bear crawls around the formation. Once I completed and passed Day Zero, the anxiety and stress of being at Air Assault subsided and I knew I would be able to complete the rest of the training.

Air Assault is broken up into three phrases that each contains a key event that must be passed to continue to the next phase.

During phase one, the key events were Day Zero, with the obstacle course and the first written test. The next big event is the second written test and the hands-on test about sling load operations. This is the phase that the majority of people will fail due to the high intensity and pressure. Halfway through the training the cadets and soldiers will wake up early and complete a six-mile ruck in under an hour-and-a-half.

The third and final phase is the most enjoyable and relaxed. To pass this phase, one must lock in their rope to the carabineer attached to the person in order to rappel off the tower and then rappel out of the UH-60 (Blackhawk) helicopter. Rappelling out of the helicopter at roughly 90 feet and then heading the training with a 12-mile ruck with all my buddies was my favorite part of the training.

Air Assault teaches soldiers the importance of attention to detail and self-discipline. To be successful, one must listen and watch everything that is going on. Throughout Air Assault school, the soldiers carry around a specific packing list that can be checked at any time. This requires the individuals to always be prepared and ready if the instructors call a layout.

This experience I had with Army ROTC was like no other.

I was on the Ranger Challenge and Sandhurst Team for the Steel Battalion during my freshman and sophomore years. The training for Air Assault outranks the training I experienced on that rigorous and competitive team. I am grateful to have gained a slot from my battalion and to compete at such an intense specialty school. The experience has shaped me into the person and soldier I am today.

I am the first female from the Steel Battalion to receive a slot to Air Assault School and graduate with my wings.

Madeline Wickel, a junior, is majoring in political science.