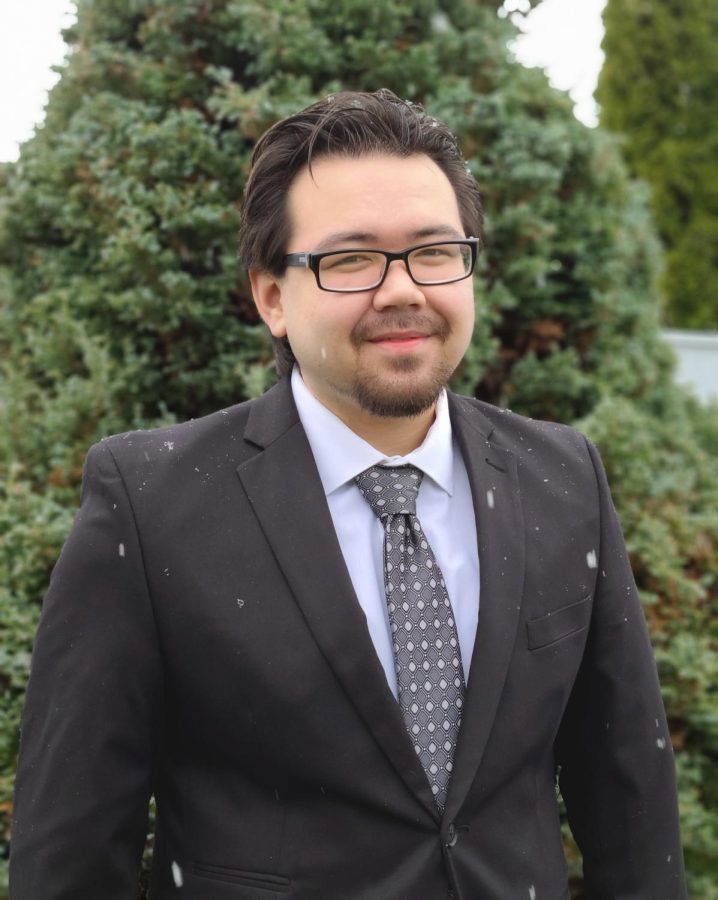 From grade school up to high school, my mindset was simple: I’m here because I have to be. I’m here because it’s expected of me, and if I were to drop out – well, let’s just say my parents wouldn’t be too pleased.

I never wanted anything to do with school clubs or extracurriculars; I never wanted to put myself out there. My grades were somewhere between average and good, I’d say, hovering around the B- to B+ range.

When I first came to Moravian then-College in 2018, I’d hoped that a fresh start would be possible. I told myself that I’d be a better student, be more outgoing, and more willing to try new things. And for the first two-and-a-half years of my college life, I can say for certain that I . . . accomplished the first thing. The other two? Not so much.

I put a lot of time into my academics, working for hours on end to understand the material. While I had studied a decent amount in high school, I found that college was a whole different beast. I had to work harder than I ever had before, and my efforts bore fruit in the form of making the Dean’s List and maintaining straight-A’s for my first three years.

But despite my academic success, I stayed in my shell, where I was most comfortable. It wasn’t uncommon for me to go to classes, hide away on the 2nd floor of Reeves Library for hours, and then head right home after my classes ended.

What if I put myself out there? What if I stepped out of my comfort zone and joined a club? Ah, but which one… that was the conundrum. Having been a writer since seven years old, I was interested in The Comenian, but I wasn’t confident enough in my writing ability, so I passed on that initially.

During the 2020 spring semester, I had an idea in mind for an article to write, but I wasn’t sure if The Comenian would accept the article. Nevertheless, I reached out to Liz Horn and Professor Harris and they invited me to their meeting. I remember the anxiety I felt introducing myself to the rest of staff, then meekly giving my idea to write about the shortage of PlayStation 5 and Xbox Series X consoles, unsure of what they would think. But, to my delight, they liked the idea!

After my article was published, I thought that was it, that I’d written what I wanted to write, and that was that. I wasn’t sure about staying with The Comenian, but the more I thought about it, I decided that I’d enjoyed it. I enjoyed the people, the passion they had for writing, and the joy of seeing an article I’d worked so hard on get published.

I remember thinking to myself that this was a chance to break out of my shell a bit. So, I stayed.

The following semester, Fall 2020-21, then-editor-in-chief Sam Riley offered the position of copy editor to anyone interested. This was my third meeting with The Comenian, so I sat quietly and waited for anyone else to take the responsibility. At first, no one did. Maybe they felt the same way I did – I can’t handle a responsibility like that. I’m not a good enough writer myself, so how can I edit other people’s work when they’re better at writing than me?

Nobody took the offer; there was an uncomfortably long silence until I finally accepted. I worried that I wouldn’t be able to handle the responsibility, but I quickly found that I enjoyed editing others’ writing. Seeing and scrutinizing how other skilled writers wrote really helped hone my craft. Plus, I enjoyed following an article from its rough draft to a finished article on our website.

At the same time, I continued to write articles, and (virtually) attend interesting events and lectures, like Eric Weiner’s talk on the Tagore Lecture and Katherine Stewart’s talk on the Rise of Christian Nationalism. All the while, I felt myself becoming more and more open with the rest of The Comenian’s members. I found a community; I found friends.

I also continued to do well academically, earning two accounting awards in my junior and senior year – the Lucas Accounting Award and the Institute of Internal Auditors Outstanding Senior Award – which I felt finally validated and vindicated my efforts. All the long hours of studying had paid off.

In my senior year, Sam and Professor Harris asked if I was interested in becoming the next editor-in-chief of The Comenian. Admittedly, I was nervous. Could I really lead Moravian’s student-run newspaper with a legacy dating back to 1891? Those are some lofty standards to live up to.

Nevertheless, I accepted graciously. Fifteen new editions of The Comenian later, and my tenure as editor-in-chief has come to an end. These past few months have flown by, but they’ve become some of my most cherished memories.

I can proudly say that I accomplished everything I set out to do and more as editor-in-chief. This last semester, The Comenian has brought in a fantastic core of new, dedicated writers, we have consistently put out new editions with 11-15 new articles every other week, and back in October, we put together the first print edition of The Comenian in years.

I’d be lying if I said it was always fun and games, however. A lot of hours have gone into this job – editing articles, publishing to our website, preparing and hosting meetings, etc. Sometimes I’d be up until 2:00 or 3:00 a.m. working, but if you asked if I’d do it again, I absolutely would.

As I reflect on my four years at Moravian, and especially the year-and-half since joining The Comenian, I’m still a bit shocked with how everything turned out. I never thought my – what I had planned to be – one-off article about video game consoles would eventually lead me to managing The Comenian, but hey, life takes you in unexpected directions sometimes.

With that said, I close the chapter of my undergraduate college career at Moravian University. What awaits me? I’m not sure, but what I am sure of is I’ve finally gotten closer to being the person I want to be.